World Environment Day, hosted by Colombia this 2020, is the most renowned day for environmental action. Since 1974, it has been celebrated every year on 5 June: engaging governments, businesses, celebrities and citizens to focus their efforts on a pressing environmental issue.

This year, the theme is biodiversity– a concern that is both urgent and existential. Recent events, from bushfires in Brazil, the United States, and Australia to locust infestations across East Africa – and now, a global disease pandemic – demonstrate the interdependence of humans and the webs of life, in which they exist. Nature is sending us a message.

Back in January, the Convention on Biological Diversity (CBD) had declared that we only have ten years to save biodiversity on Earth! The unfolding events of the past months have only added to the urgency of remedial action. Although many of the planned meetings and events for the year have been postponed, there will be a series of opportunities to build up the global momentum for urgent action on biodiversity.

Biodiversity is the foundation that supports all life on land and below water. It affects every aspect of human health, providing clean air and water, nutritious foods, scientific understanding and medicine sources, natural disease resistance, and climate change mitigation. Changing, or removing one element of this web affects the entire life system and can produce negative consequences.

As a signatory to the CBD, India is committed to the preservation of vital habitats to stop the catastrophic loss of biodiversity by 2030, as envisaged in the draft agreement likely to be adopted within this year. This commitment will require creation and regeneration of new protected areas, to meet the target of protecting 30% of land and of the sea, prioritizing areas of abundant biodiversity. India is one of the recognized mega-diverse countries of the world, harboring nearly 7-8% of the recorded species of the world, and representing 4 of the 34 globally identified biodiversity hotspots.

Human actions, including deforestation, encroachment on wildlife habitats, intensified agriculture, and acceleration of climate change, have pushed nature beyond its limit. It would take 1.6 Earths to meet the demands that humans make of nature each year. If we continue on this path, biodiversity loss will have severe implications for humanity, including the collapse of food and health systems.

The year 2020 also marks the final period for the 2011-2020 Strategic Plan on Biodiversity and its 20 Aichi Biodiversity Targets. Most importantly, it is a transitional phase for the start of two other pivotal biodiversity related decades. The period 2021-2030 will be observed as the UN Decade of Ocean Science for Sustainable Development as well as being the UN Decade on Ecosystem Restoration.

The emergence of COVID-19 has underscored the fact that, when we destroy biodiversity, we destroy the system that supports human life. Today, it is estimated that, globally, about one billion cases of illness and millions of deaths occur every year from diseases caused by coronaviruses; and about 75 per cent of all emerging infectious diseases in humans are zoonotic, meaning that they are transmitted to people by animals.

The ‘Zero draft of the post-2020 Global Biodiversity Framework’ sought to set the global goals to combat the ongoing biodiversity crisis in the coming decades. According to the CBD, almost one third of the planet must be protected, while pollution has to be reduced to half of current levels to save our remaining wildlife, and all of this by the year 2030! The draft plan also outlines 20 targets for the next decade for achieving these targets. The planned adoption of an ambitious agreement at the CBD Conference of the Parties (COP15) at Kunming now looks uncertain.

The primary forests of northeast India represent some of the most biodiversity rich landscapes worldwide, with a repository of endemics and potential for new discoveries. The rainforests and contiguous elephant habitat in and around Dehing Patkai and the evergreen forests and grasslands of Dibru Saikhowa National Park and Biosphere Reserve are under threat after plans to allow extractive mining and drilling were unveiled in the past few weeks. In neighbouring Aruncahal Pradesh, the 3097 MW Etalin Hydro Electric Project threatens to destroy the enchanting Dibang valley.

The foods we eat, the air we breathe, the water we drink and the climate that makes our planet habitable all come from nature. For instance, each year, marine plants produce more than a half of our atmosphere’s oxygen, and a mature tree cleans our air, absorbing 22 kilos of carbon dioxide, releasing oxygen in exchange. Despite all the benefits that our nature give us, we still mistreat it. 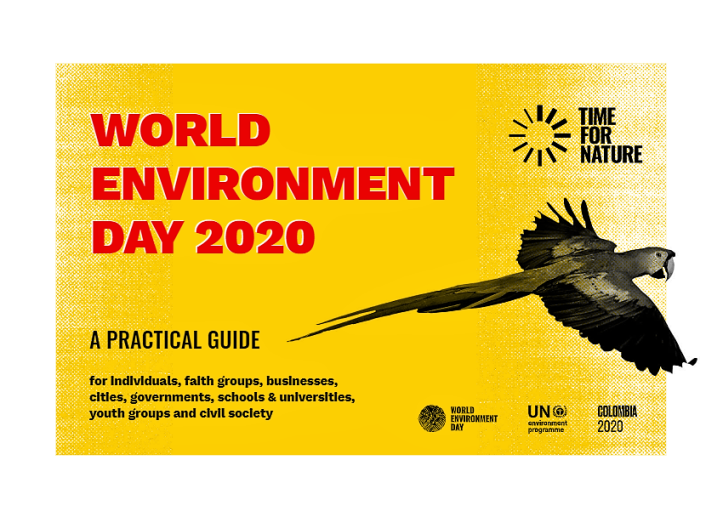