The year 2020 was destined to be a watershed year for biodiversity with several high-level opportunities to enhance measures to prevent further deterioration of nature,  protection of biodiversity and climate action over the next decade. However, the COVID-19 pandemic and a slew of projects undermining the sanctity of Protected Areas (PAs) across India and several other key nations has overshadowed the roadmap for overturning catastrophic biodiversity loss.

India is one of the recognized mega-diverse countries of the world, harbouring nearly 7-8% of the recorded species of the world, and representing 4 of the 34 globally identified biodiversity hotspots (Himalaya, Indo-Burma, Western Ghats and Sri Lanka, Sundaland). India is also a vast repository of traditional knowledge associated with biological resources, most relevant to the International Day for Biological Diversity 2020 theme of ‘Our solutions are in nature.’ 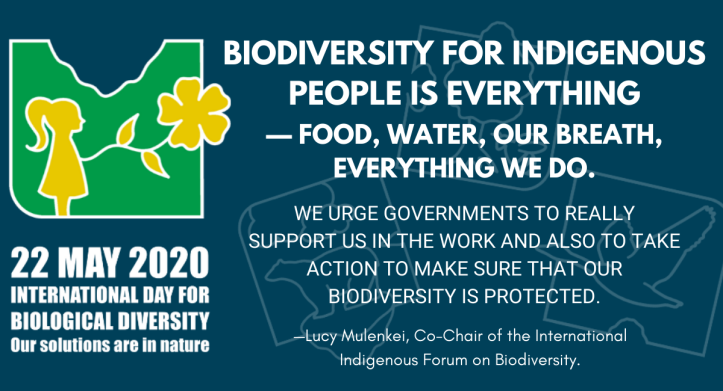 The biodiversity of India includes over 91,200 species of animals and 45,500 species of plants documented in the ten biogeographic regions of the country. Inventories of floral and faunal diversities are being progressively updated with several new discoveries through the conduct of continuous surveys and exploration. Along with species richness, India also possesses high rates of endemism.

The primary forests of northeast India represent some of the most biodiversity rich landscapes worldwide, with a repository of endemics and potential for new discoveries. Yet, the government is in the process of commissioning projects that will destroy large tracts of forests, many of which were considered ‘safe’ due to their protected status.

Although many of the planned meetings and events for the year have been postponed, there will be a series of opportunities to build up the global momentum for urgent action on biodiversity.  In January, the Convention on Biological Diversity (CBD) had declared that we only have ten years to save biodiversity on Earth!

The ‘Zero draft of the post-2020 Global Biodiversity Framework’ sought to set the global goals to combat the ongoing biodiversity crisis in the coming decades. The planned adoption of an ambitious agreement at the CBD Conference of the Parties (COP15) at  Kunming, China looks uncertain.

The planned Summit on Biological Diversity during the High-Level Segment of the UN General Assembly on 22-23 September this year titled “Urgent Action on Biodiversity for Sustainable Development,” with the objective to highlight the urgency of action at the highest levels  is also uncertain. The summit was envisaged to drum up support for a post-2020 global biodiversity framework that contributes to the 2030 Agenda for Sustainable Development and places the global community on a path towards realizing the 2050 Vision for Biodiversity.

The rainforests and contiguous elephant habitat in and around Dehing Patkai and the evergreen forests and grasslands of Dibru Saikhowa National Park and Biosphere Reserve are under threat after plans to allow extractive mining and drilling were unveiled in the past month. In neighbouring Aruncahal Pradesh, the 3097 MW Etalin Hydro Electric Project threatens to destroy the enchanting Dibang valley, home to the Mishmi Takin, Sclater’s Monal and the Mishmi Hills Giant Flying Squirrel.

The year that was supposed to celebrate the biodiversity of the world and kickstart the process of ensuring protection of critical habitats and species, has instead, turned out to be a challenge to the survival of these biodiversity-laden lands, this despite the PAs being successful models of community-based conservation. These decisions, while the entire country is in a lockdown, have created a wave of protests on print, electronic and social media.

According to the CBD, almost one third of the planet has to be protected, while pollution has to be reduced to half of current levels to save our remaining wildlife, and all of this by the year 2030! The draft plan also outlines 20 targets for the next decade for achieving these targets.

As a signatory to the CBD, India is committed to the preservation of PAs to  stop the catastrophic loss of biodiversity by 2030, as envisaged in the draft agreement likely to be adopted within this year. This commitment will require creation and regeneration of new protected areas, to meet the target of protecting 30% of land and of the sea, prioritising areas of abundant biodiversity.

The envisaged opening up of the richest biodiversity abundant areas like Dibru Saikhowa, Dehing Patkai and Dibang valley are contrary to conservation goals, global expectations and India’s own commitments. Giving precedence to extractive industries over natural forests is regressive, increase GHG emissions and add to the climate crisis. We can do better than this for the sake of the future generations struggling to cope with an uncertain future due to the unprecedented health and climate crisis. The sanctity of our protected areas should not be compromised for short-term economic growth.

The pandemic exemplifies how negative human impacts on natural ecosystems can result in widespread humanitarian, social and economic consequences across the globe. The need to urgently enhance the protection of biodiversity is more apparent now than ever, particularly in the context where hunger and poverty are expected to rise. The unfolding of humanitarian crisis is also an opportunity for the world to incorporate nature and climate in post COVID-19 recovery strategies.

As the global community is called to re-examine its relationship to the natural world, one thing is certain: despite all our technological advances we are completely dependent on healthy and vibrant ecosystems for our water, food, medicines, clothes, fuel, shelter and energy, just to name a few. The theme “Our solutions are in nature” emphasizes hope, solidarity and the importance of working together at all levels to build a future of life in harmony with nature.

WMO Report: Running Out of Time!

Ten Years to Save Biodiversity on Earth!